Close hauled and sailing at 7 kn. with the first reef in the main, it was a great start to the day. We had left Mustique around 8:15 and were headed in a northwesterly direction towards Blue Lagoon on the south end of St. Vincent. The winds were initially 15 to 20 kn. with a few gusts up to 24 kn. starting to appear. Figuring that by the time we got into more open water past the north end of Mustique the winds would be heavier I decided to put the second reef in the main and reef the genoa. Sure enough, once out of the lee of Mustique the windspeed increased to 20 to 24 kn. It was quite an exciting sail between the heavy winds, waves and 6 to 8 foot swells.

As we sailed along the east coast of Bequia I started to get a bit concerned that the wind was setting us too close to shore. An important rule of sailing is that you don’t get too close to a lee shore. With a little help from our engine I was able to get a safer distance off shore and soon we had passed the north tip of Bequia and were in open water heading across to St. Vincent. 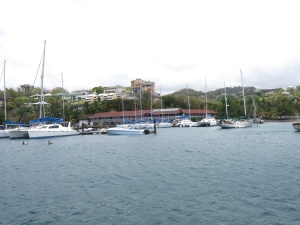 As we neared the south tip of the island the winds were still pretty strong. Dropping our sails we motored into Blue Lagoon. The bay is protected by a large cora reef and the actual opening to the lagoon is quite narrow. We made it in safely and an employee of Sunsail Charters met us in a dinghy and led us to a mooring ball. Once tied up he informed us that there were 5 charter boats leaving shortly and if we wanted to tie up at the Sunsail dock we could stay for free. Since free is good we told Mike that was what we wanted to do.

A short while later Mike returned, hopped on the boat and took us into the marina. For the first time on the trip we were tied up to a dock with the advantage of just being able to hop off the boat rather than having to take the dinghy to shore. Ahh … such luxury.

We replenished some supplies at the little store in the marina, enjoyed showers, and relaxed for the afternoon. 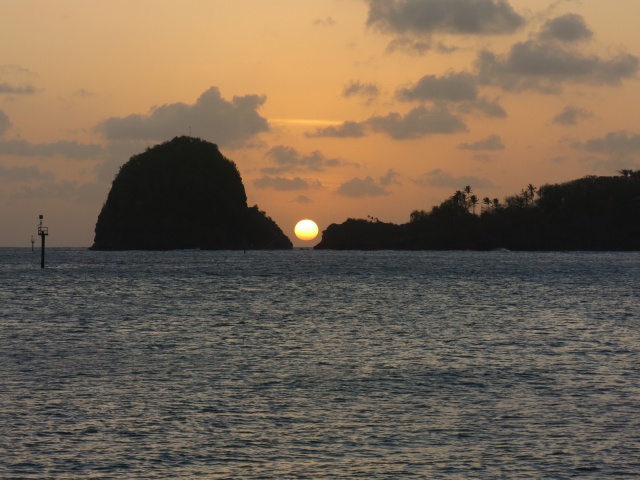 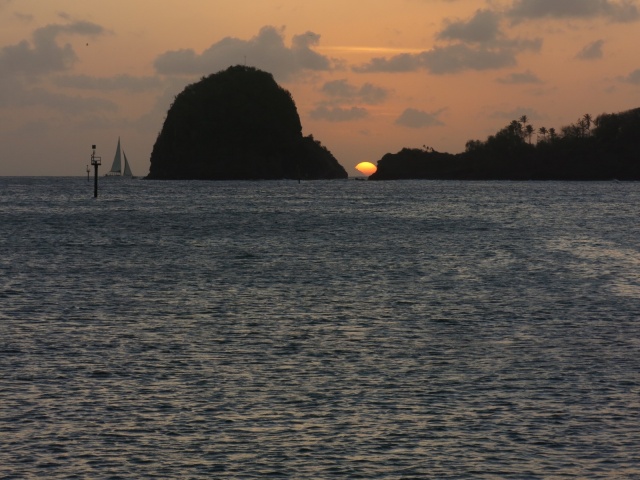