While enjoying our morning coffee, Rick struck a deal with a local taxi driver to take us on a tour of part of the island. The price was quite reasonable and was less than another driver had quoted us last night. A while later the driver came by the boat to see if we would mind if another group joined us, assuring us that there would be room for all in his van. Rick and I had a look at his van and determined that it was in fact big enough and a departure time was set.

Breakfast done we piled into the van and were off. The roads were narrow and windy as we climbed up into the hills. Along the way our driver, Desmond, told us a bit about St. Vincent and its history. Partway up we stopped for an incredible view of the fertile Mesopotamia Valley. Back in the van we descended into the valley then started a climb again up to our first destination, the Montreal Gardens. The gardens are in the rain forrest and true to the name it was raining lightly when we arrived. 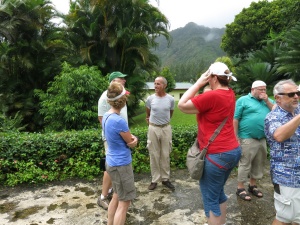 On arrival we were met by the owner of the gardens, Tim Vaughan, who showed us the first garden he built on his 7.5 acre plot. Originally from England, and a landscape designer by profession, Tim started creating the gardens over 20 years ago. His first small garden is the only formal garden on the property and from it there is a beautiful view over the valley. Desmond then took us on a tour of the rest of the gardens. Fortunately the rain had stopped as we walked along the winding paths, with Desmond providing the names of the many different types of flowers along the way. The gardens were absolutely gorgeous and we were so fortunate to have had the opportunity to visit them.

Back in the van we started our descent down towards the more arid east coast of St. Vincent. 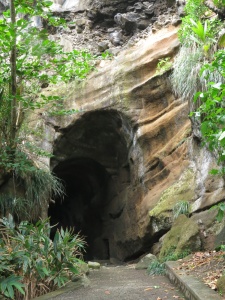 Our next stop was Black Point Tunnel. The tunnel now part of a small national park, was originally dug in 1815 using slave labor to enable the estate owner at the time to get his sugar from his factory to the wharf much faster. In more recent times the tunnel was used for shooting some of the scenes in Pirates of the Caribbean II. 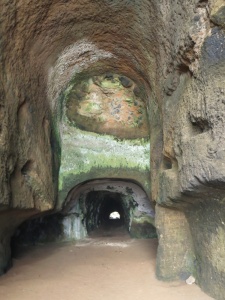 Lunch at a local restaurant was next on the agenda. Locally made ginger beer accompanied a very delicious fish meal. The ginger beer was very good with a very strong ginger flavour. Soon we were back in the van headed back to the marina. It had been a wonderful tour and Desmond proved to be a very friendly, knowledgeable and fantastic tour guide. 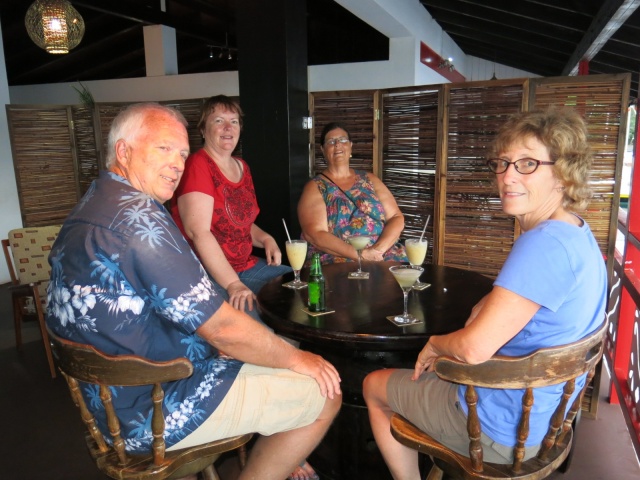 We ended the day with happy hour at the bar in the Black Pearl Restaurant at the marina followed by an excellent dinner in the restaurant. 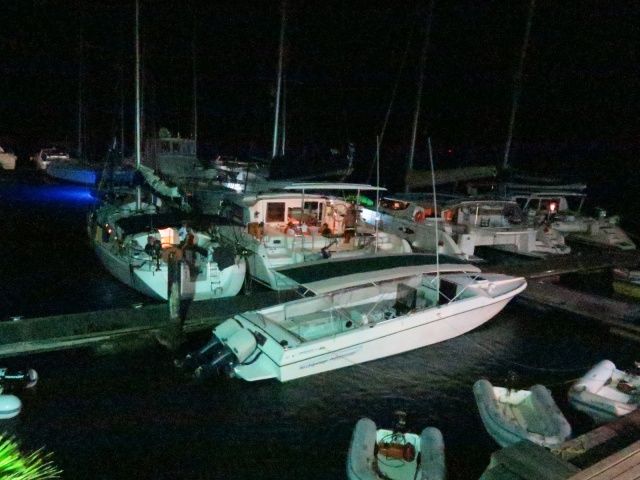