In the latter part of July we traveled to St. Louis for the Blue Goose Convention.  “What the heck is Blue Goose” you well may ask.  The Honorable Order of the Blue Goose, International is a fraternal organization made up of men and women working in the Property and Casualty business.  It started in 1906 based on the three principals of Charity, Character and Fellowship.  While it started as a bit of a spoof on clubs such as the Elks, it has survived and thrived for 110 years and has local chapters all across the US and Canada.  The annual gathering is a great time to socialize with members from across our two countries.

One of the highlights of the convention was a dinner/dance on the stage of the historic Fox Theatre.  Opened in 1929, it was the second largest theatre in the country at the time.  It was one of the first theatres to show “talkies” and boasted a huge, ball-shaped chandelier and a majestic Wurlitzer organ.  Fortunately it was saved from the wrecking ball after it closed in 1978 and was restored to its former glory.  It is an absolutely gorgeous theatre.

(As always, click on photos in my blog to see larger versions.)

It was very hot and humid while we were in St. Louis so I didn’t spend a lot of time wandering around the downtown area taking photos.  I did get up early one morning, hoping to get a nice sunrise shot at the Gateway Arch.  Unfortunately it was the one morning that was exceedingly cloudy and sunrise was a dud.  The clouds did make a bit of a dramatic backdrop for the arch though.

While we didn’t have a lot of time for sightseeing during the convention we stayed for a couple of days after the convention with good friends Jim and Carole.  We have known the two for over 20 years, visiting with them each summer at the convention.  They live just on the edge of St. Louis in a beautiful house surrounded by a gorgeous yard complete with a waterfall and resident mermaid. 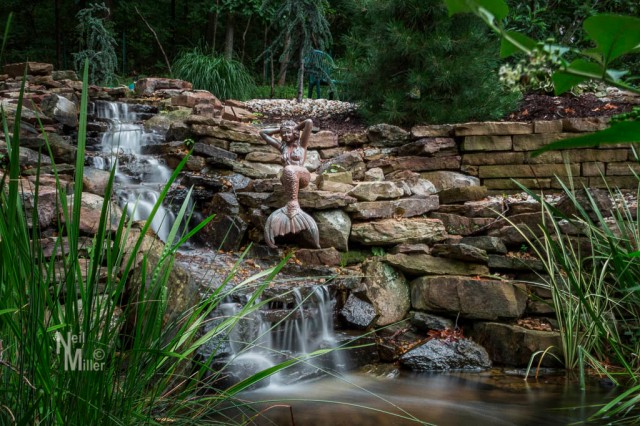 On the afternoon after the convention ended, Jim and Carole took us to the Missouri History Museum which featured two main exhibits.  One was “Route 66, Main Street through St. Louis” and the other was “Little Black Dress: From Mourning to Night”.  While the history of the little black dress from starting as a sign of mourning to becoming a popular style for cocktail or formal wear was interesting, the Route 66 exhibit, for me at least, was much more fascinating.

Following our visit to the museum and a drive through Forest Park, it was off to another St. Louis landmark – Ted Drewes Frozen Custard located on Route 66.  I remembered this tasty treat from our previous trip to St. Louis 15 years ago and managed to sample their wares twice during this week (the first time was when a busload of us descended on our way to see Mamma Mia at the outdoor Muny Theatre during the convention).  No visit to St. Louis can be complete without a taste of their famous frozen custard!

Our final day in St. Louis was just spent relaxing and visiting with our good friends.  Naturally I had to take the opportunity to poke around a bit with my camera! It was a perfect finale to a great trip! 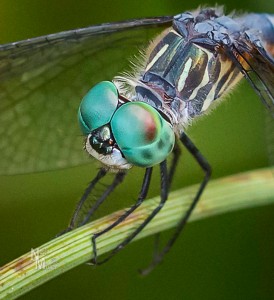