In early November, I joined a group of fellow photographers from the camera club to which I belong for a 5-day outing to Zion National Park in Utah.  While I had heard a bit about Zion and had seen photos from the park, I still wasn’t prepared for the spectacular scenery.

We arrived mid-afternoon and checked into our hotel.  After a brief stop to settle in, we were off for our sunset shoot.  The view of The Watchman from the bridge over the Virgin River at the Canyon Junction is perhaps the most popular and heavily-populated shooting locations in the park.  Even though we got there relatively early, photographers were already lining up on the side of the bridge waiting for the late-afternoon sun to do its magic on the face of the mountain.  We were not disappointed!

After a group dinner we returned to the hotel to turn in early as it would seem like only a few hours until we were getting up and heading out again.

Our location for the sunrise shoot the next day was behind the museum with a great view of the Towers of the Virgin.  With the temperature barely above freezing it was a chilly wait for the sun to light up the Towers but was definitely worth it.

After a hearty breakfast we took the shuttle up Canyon Drive to visit Weeping Rock.  Underground water flowing out porous portions of the rock face give it the appearance of tear drops falling, hence the name.  Near the start, the trail to Weeping Rock splits off to another trail to Hidden Canyon.  I hiked part way up the trail, stopping frequently to take photos until I met some of the rest of the group coming back down.  It seemed like an ideal time to assemble for a group photo as 6 out of the 8 of us were there.

Following lunch we made our way further up Canyon Drive on the shuttle then hiked along the river until sunset.  Zion canyon has been carved out of the rock by the Virgin River over thousands of years.  Looking from river level up at the towering rock faces surrounding you, one gets a sense of the power of water in forming the landscape.

We had to get up extra early the next morning as we had to hike about 20 minutes, in the dark, along the Canyon Overlook Panorama Trail to our vantage point for sunrise.  Once again we were rewarded with a spectacular view of the Towers of the Virgin. 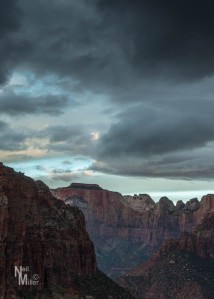 The return hike along the trail was much more enjoyable in the daylight.  Not only could we see where we were going without the need for headlamps, but we could also enjoy the scenery along the way!

After breakfast, our next excursion was to the Emerald Pools.  I found the lower and middle pools to be most scenic.  In my view the extra hike to the upper pool was not worth it. 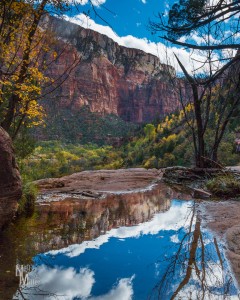 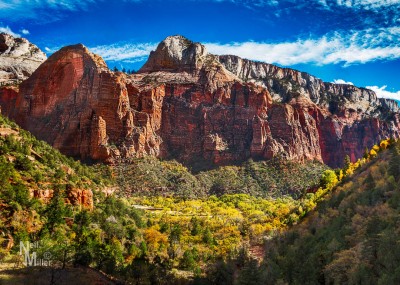 Just outside of Zion National Park, near the town of Rockville, is the ghost town of Grafton.  It was fun spending a bit of time in late afternoon exploring some of the buildings and their surroundings. 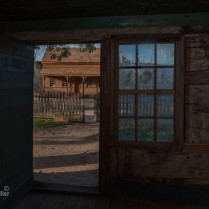 Our day ended with yet another amazing sunset – this time looking back towards Zion. 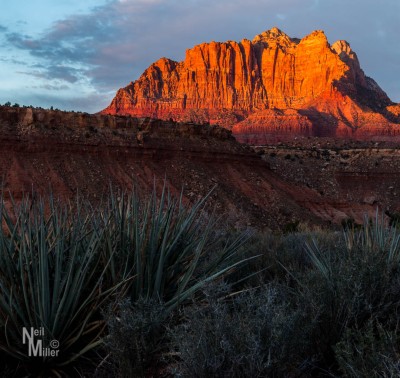 The next day we were greeted with a cold, frosty morning and a potpourri of weather throughout the day.  As we at various times dealt with cloud, sun, rain, and snow it made for some wonderful shooting opportunities.  One lesson from this day was to go out no matter what the weather as you will never know what awaits you.  Sometimes “bad” weather can lead to some pretty amazing photos. 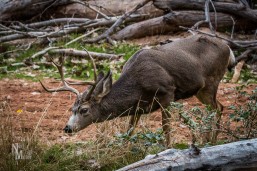 At one point in the day I had a chance to once again “shoot” The Watchman.  With the stormy weather, the view this time was quite dramatic and quite different from the sunset shot on the first evening.  If at all possible, it pays to shoot the same landscape scene at different times and in different weather conditions! 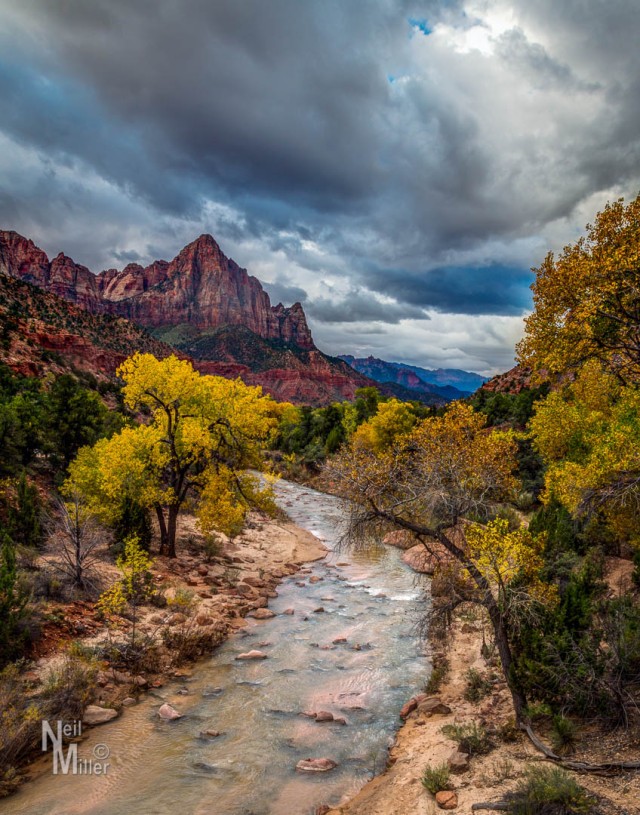 Sunrise on our final morning, viewing the Court of the Patriarchs from river level, was somewhat disappointing.  While there was briefly a bit of color on top of one of the peaks, it didn’t last long and really didn’t develop into anything remarkable.  Following sunrise, though, we did find a location for some great reflection shots. 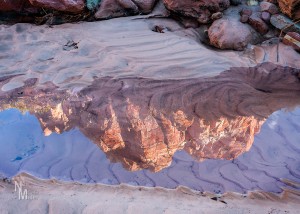 All too quickly it was time to load up the vehicles and return home.  For anyone travelling through Utah I would highly recommend a trip to Zion National Park.  Whether for a few hours or a few days, you will be treated to some of the most spectacular views you will find anywhere!