In last week’s session of the composition course I am taking, we learned about tone and focal point as elements of good composition.  Tone is the relative lightness or darkness of an object.  Areas of greatest contrast or bright objects tend to draw the viewer’s eye.  Focal point is the subject or key element of the photo.

We then went on to learn about the use of different shapes in composition as well as the symbolic meaning of shapes.  For example, a circle is considered a feminine shape that represents unity, wholeness and infinity.  A square on the other hand is considered a masculine shape.  Symbolically it means stability, strength, order as well as the four seasons, the four directions, and the elements of earth, wind, fire and water.

One of the real benefits of taking photography classes is receiving feedback on one’s own photos as well as viewing those that other students submitted.  Not only is it fun to see other’s photos but it helps to really zero in on the strong points of a composition and what could have been improved.  For some, the thought of this can be somewhat intimidating but I have found over the several courses that I have taken now that the instructors are fantastic at giving great critiques in a very positive manner.

Our assignment for the week was to produce three photographs that have a strong focal point.  I went out on a couple of trips photographing birds as well as stopping in a local park and submitted the following as a result: 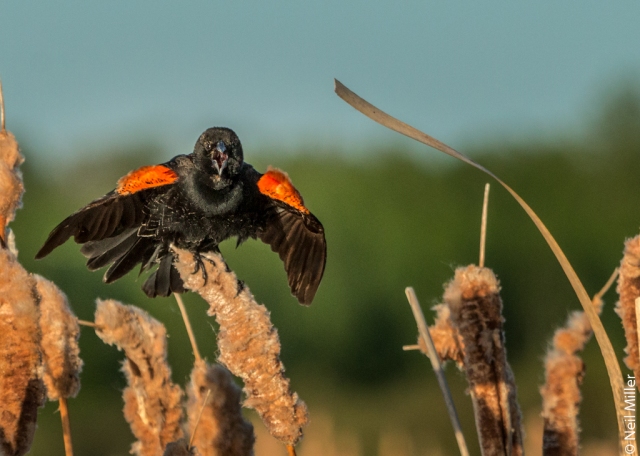 This entry was posted in Photography, Wildlife and tagged birds, photography, wildlife. Bookmark the permalink.