A Glimpse of The Old West 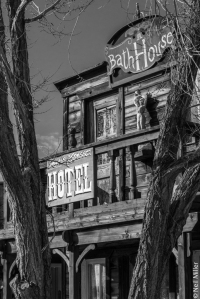 It was used in the filming of The Life and Times of Judge Roy Bean and the Cicso Kid. Episodes of The Gene Autry Show were shot in the bowling alley.

A short 4 mile drive from Yucca, CA along a winding road brought us to Pioneertown. The town was originally built as a live-in movie set in the mid-1940’s. Roy Rogers was one of the original investors.

A few of the buildings remain, some occupied as a few private residences, a couple of small businesses and Pappy and Harriet’s Pioneertown Palace where we stopped for lunch.

Following a tasty and filling lunch we took a stroll down what remains of Main Street. The presence of a couple of production trucks behind one of the buildings hinted at the town still being used as a movie set. One can only imagine the stars who have strolled down the street and that the buildings may just be waiting to once again hear “lights, action, camera”! 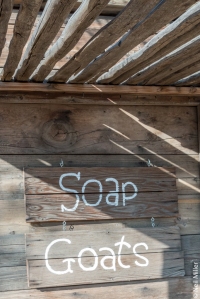 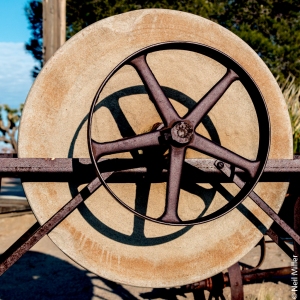