Breakfast at Carleton U was definitely worth getting up for. Rene-Lise, who had left us in Regina, came back to join us in our get together with the Booth family last night. At breakfast she said her farewells again to everyone. 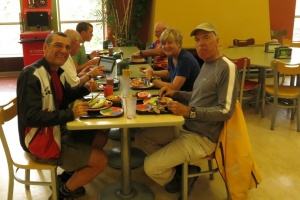 Since the truck, with my bike maintenance stuff, was in for servicing this morning I couldn’t work on my bike. But since I had thoroughly cleaned it and did other maintenance 4 days ago I decided I wouldn’t worry about it today. So the only thing I had on my schedule was laundry. By mid-morning that was done. I decided I would spend the rest of the day doing some sightseeing and generally taking it easy.

I took the bus downtown, getting off a few blocks from Parliament Hill. I strolled down Sparks Street then wandered over to the Parliament Buildings. I picked up a ticket (free) for the 4:30 tour of the Centre Block. Then I found a table at the Parliament Pub across from the Hill and had some lunch. 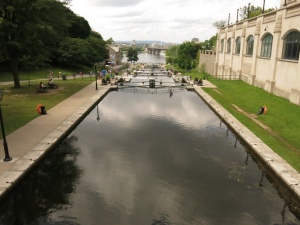 I checked out the Rideau Canal locks by Parliament Hill after lunch. Built just after the war of 1812 under the leadership of Colonel By, the Rideau Canal is an amazing engineering feat. In fact the locks near Parliament Hill were busy this afternoon with boats coming and going. After watching the locks in operation for a while I went through the Bytown Museum. It was very interesting.  The museum provided an early history of Ottawa, or Bytown as it was known until the mid 1800’s, and the building of the Rideau Canal.

Returning to The Hill just before 4:30 I went on a Centre Block tour that included the House of Commons, Library, and Senate chambers. The buildings are well worth the free ticket. 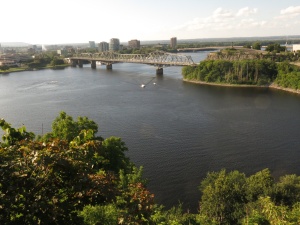 After the tour I walked over to the Byward Market. I had dinner at the Aulde Dubliner pub then a Beavertail for dessert from a shop across the street from the pub.

After walking around the market a bit I stopped at The Highlander Pub for a pint on my way “home”. I discovered they had Haggis on the menu. If only I had known as I already had had dinner down the block. 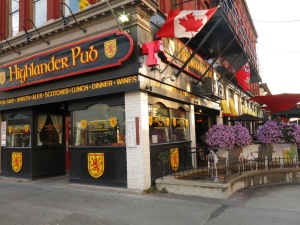 A short ride on the bus and I was back in residence. Now all I have to do is publish today’s blog update, repack my stuff in preparation for leaving tomorrow then hit my bed for some sleep.

All in all it has been a pretty good day!